Over 2 million photographers worldwide use Polarr Photo Editor every month to create amazing works. In this project, we have made a big upgrade and released the new selection tool with edge-aware capability, allowing you to quickly select and edit the object in the photo.

Due to the new feature released, the user flow was changed, and the interface was also redesigned simultaneously.

As the Polarr Photo Editor's principal designer, I directly discussed with the CEO and engineer team to explore new functions' flow, interface, and responsible for user testing. Also, I was independently responsible for building the whole massive design system and redrawing all the icons within 3 months.
*Special Thanks:
Lead designer: Lara, give me many suggestions during the project.
Customer Support and Marketing: Ye and Tiger, help me recruit and conducted many user testing.

Many features are hidden too deep, and users were not aware of them.

The interface is too complex for beginners to get started; many new users give up.

The operation doesn't fit the user's mental model and is difficult to control.

During user testing, users agreed that the new interface was better and easy to use.

The youngest testers, less than 10 years old, could use our features and complete tasks.

We were tried to move up the hierarchy of some powerful features to solve the discoverability issue, then added a new selections feature that will affect the existing operation logic. We need to avoid letting the product get complex as Photoshop, so we discussed many solutions and interaction behaviors. 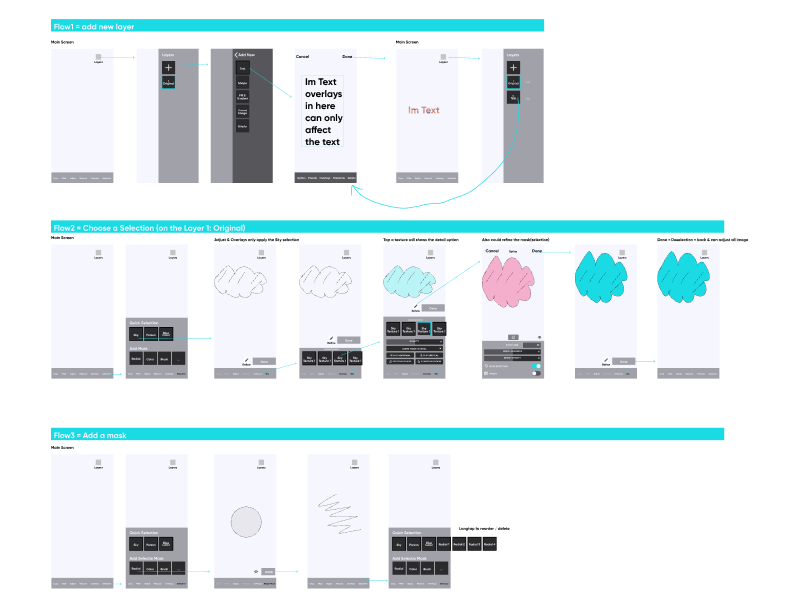 1. Onboarding tips teach users can use the Smart Selections tool.
2. PPE will auto-create selected areas for the recognized objects, such as a face, sky, people, etc.
3. Users can also manually add a selection area by brush.
4. Auto-selected the sky, then replace the background.

The original slider controller is confused and didn't fit the mobile app's mental model, so I explored different styles and made a high-fi prototype to do user testing.

👉 Try Prototype (Tap on header can switch the UI) 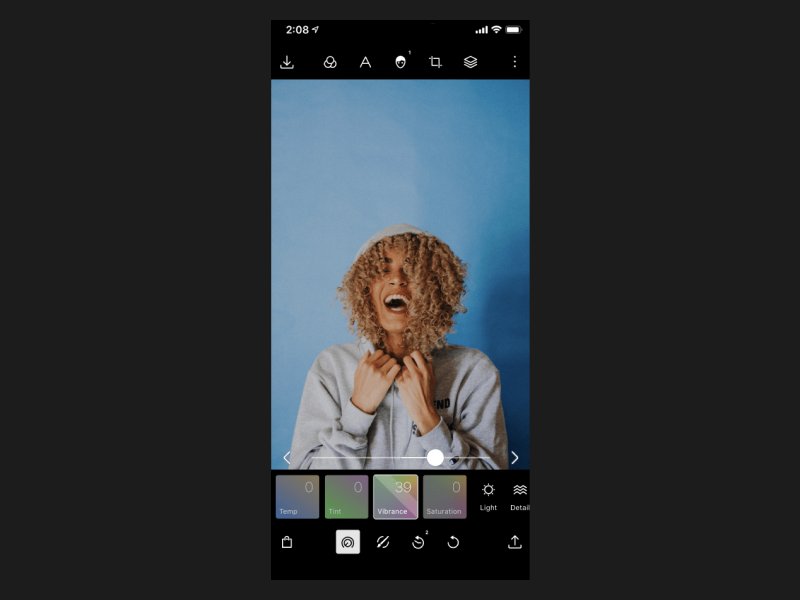 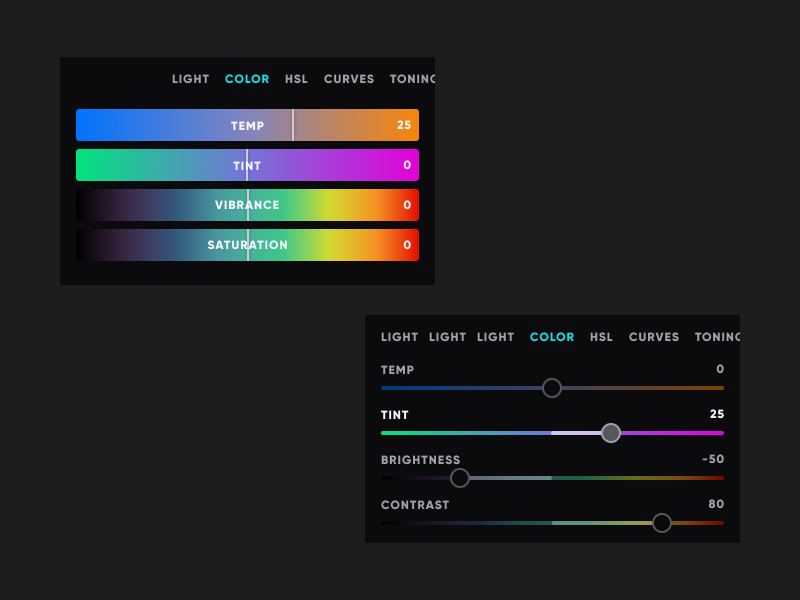 It wasn't just creating a visual style guide; I rebuilt all the components, rethinking all interaction and controllers to enhance usability and get rid of outdated designs. 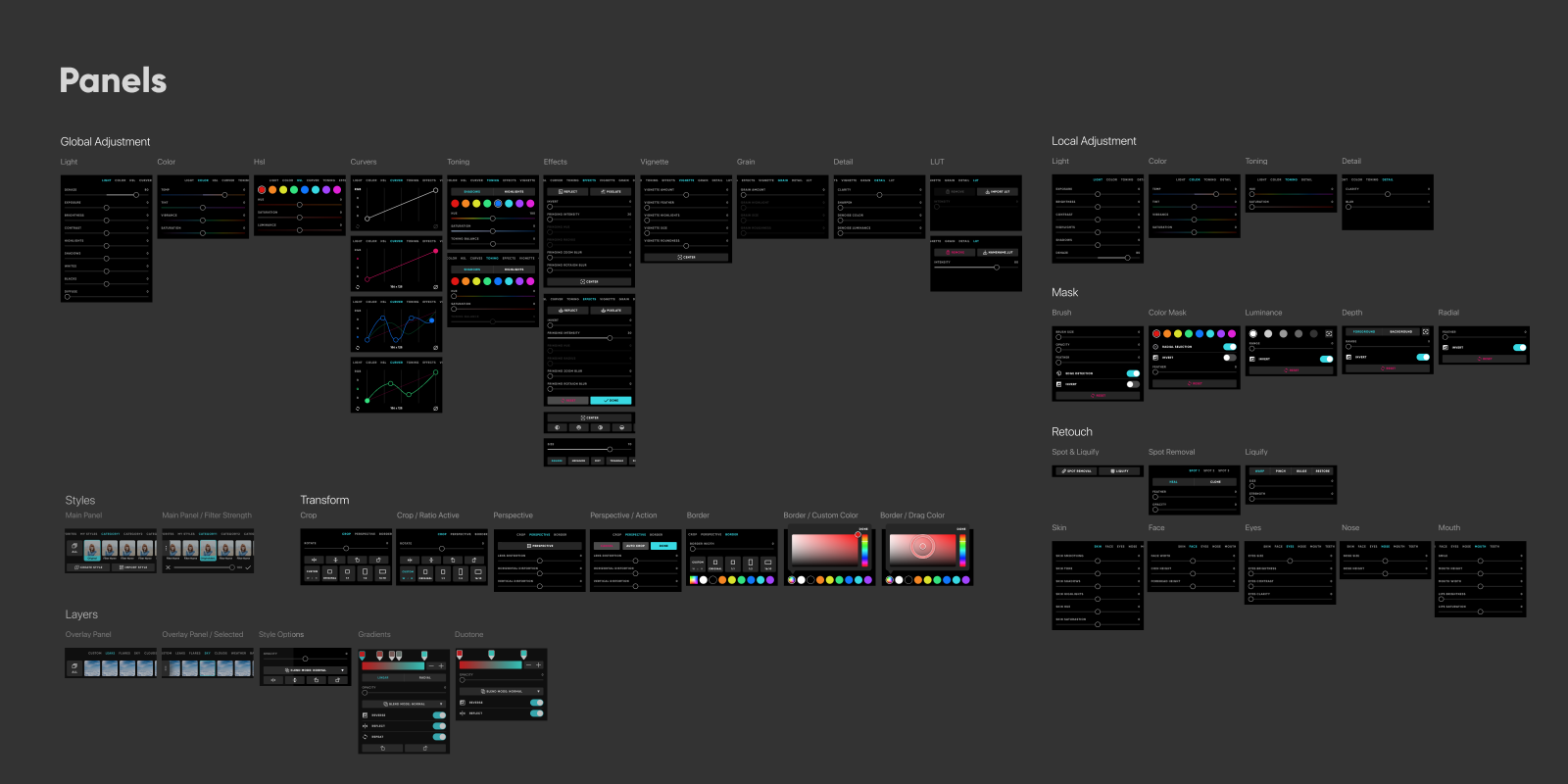 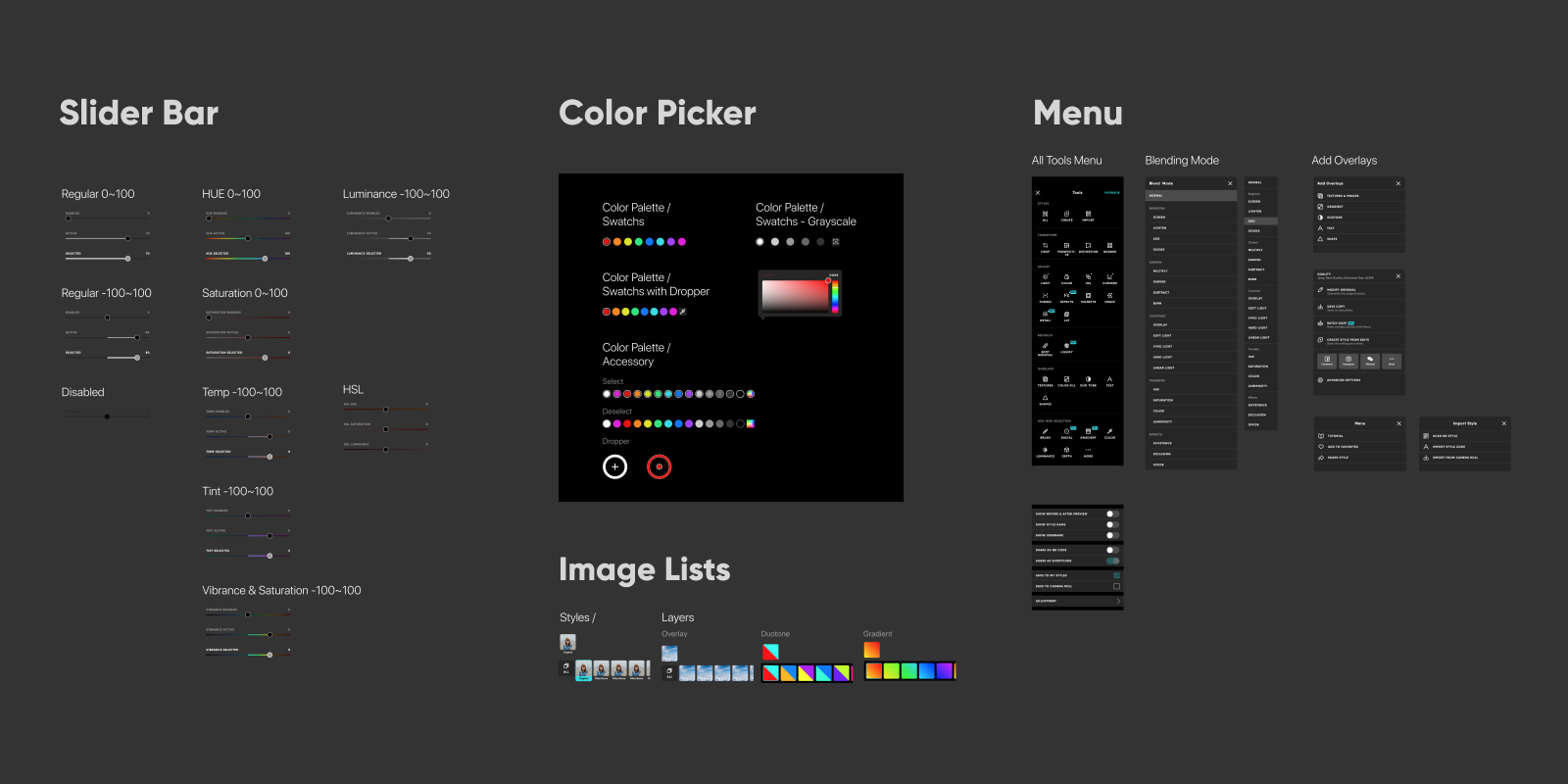 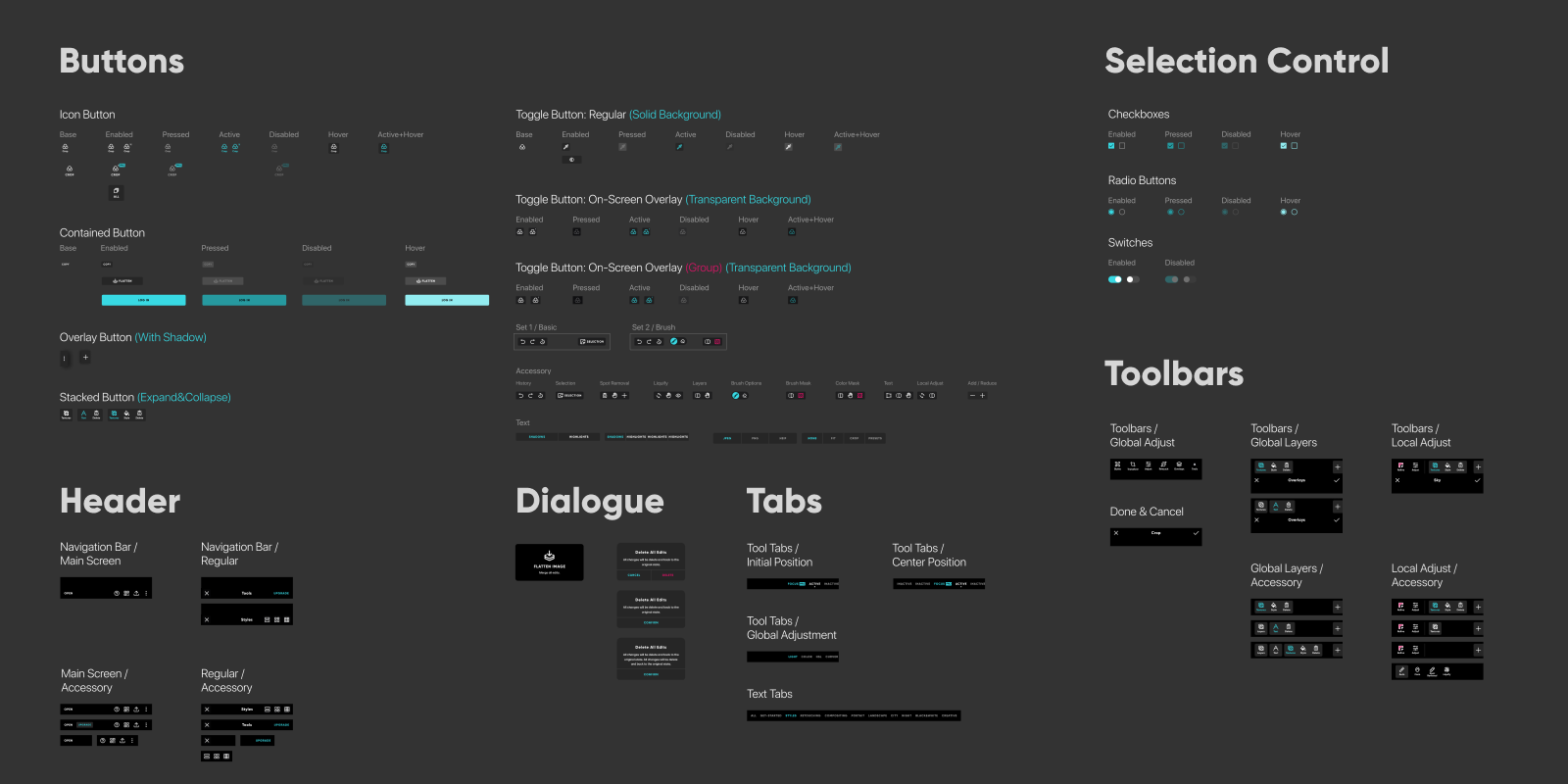 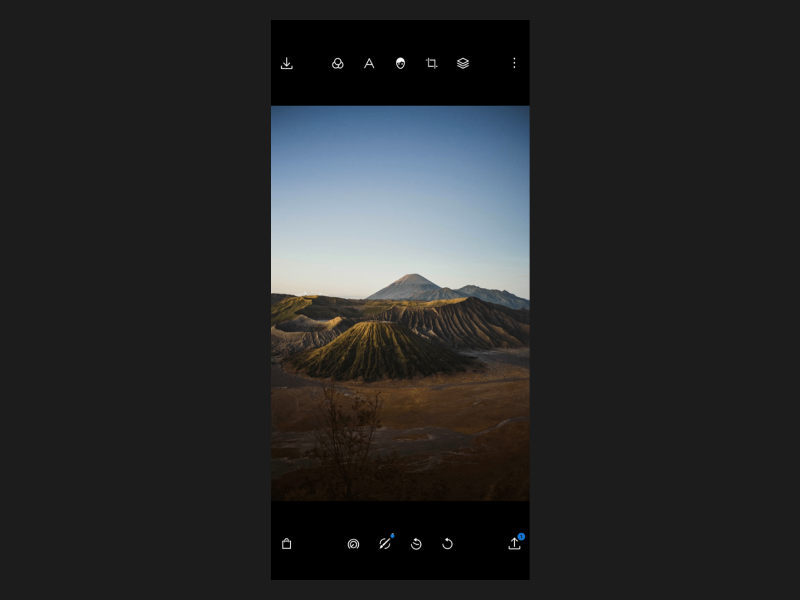 Although it keeps the minimalist style, it's hard to find a feature, and the order is not very reasonable. 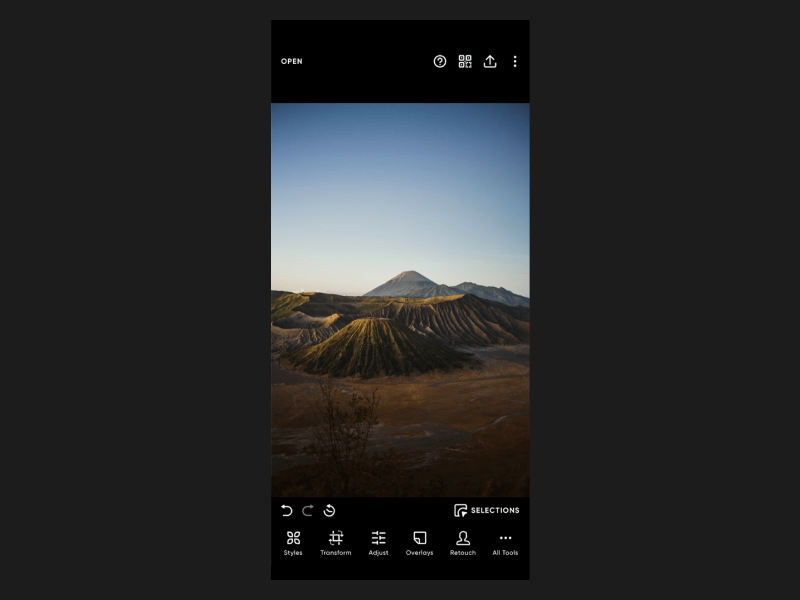 The icons are bigger and clearer with caption and move the same functionality button together. 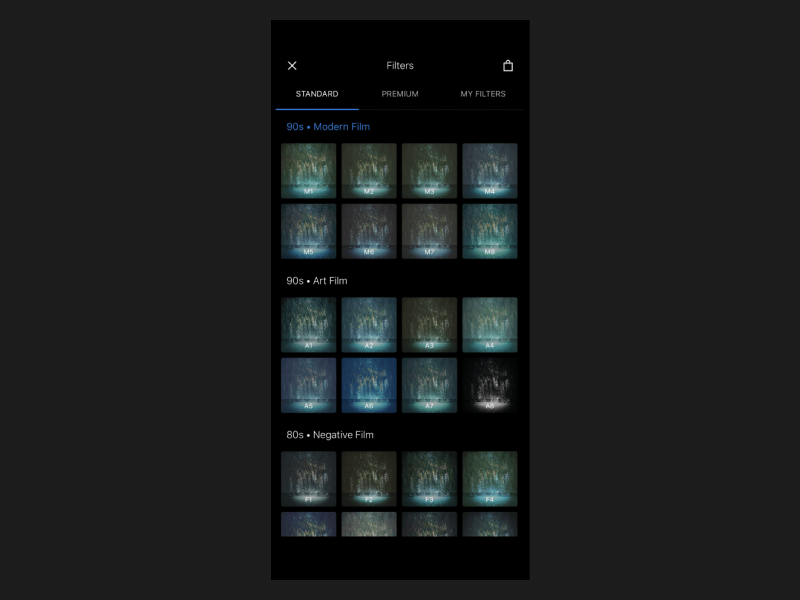 The thumbnail is too small; the user has to keep clicking back and forth on the filter to check the results. 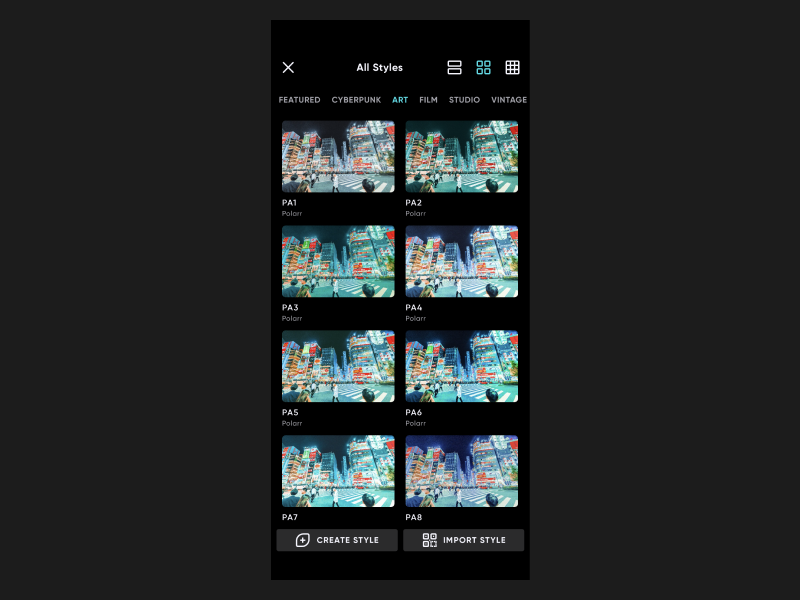 Adding 3 types of view: single, columns, grid; and use tabs to display categories. 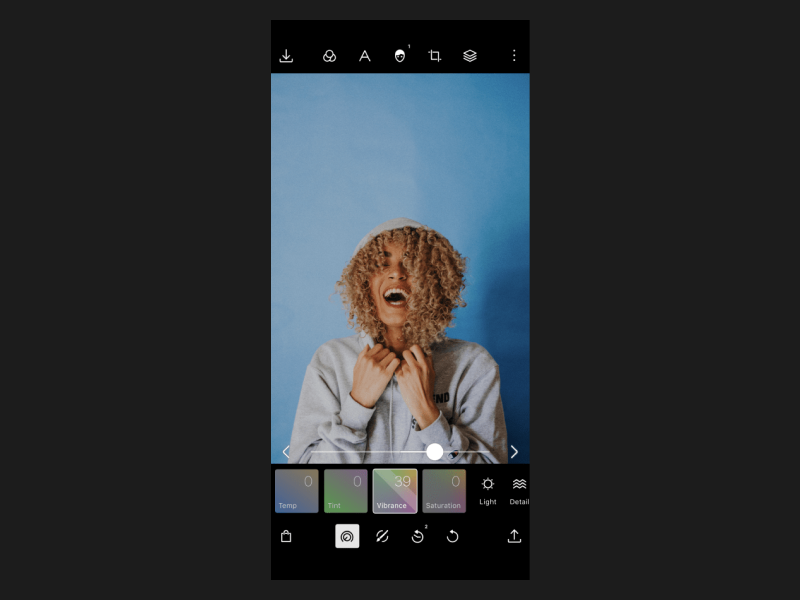 The old's slider bar is difficult to control and confusing. 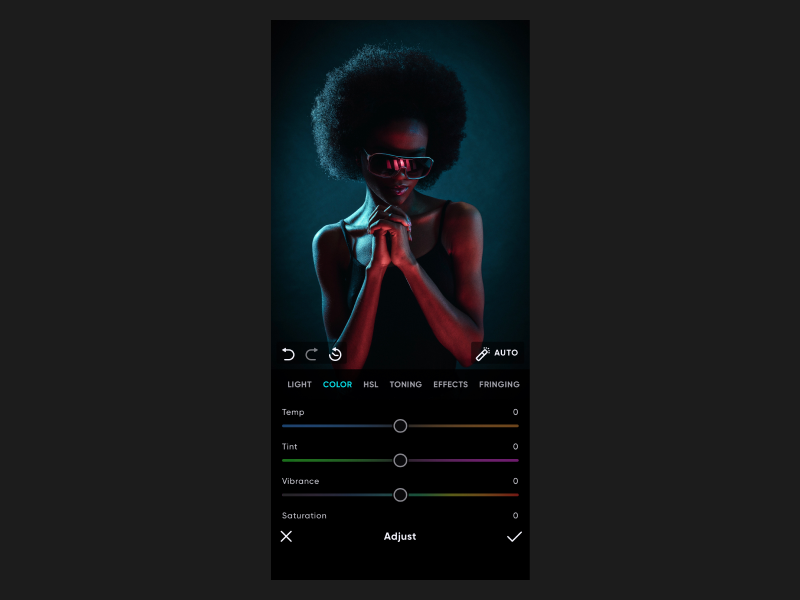 Users can easily control the value and switch tabs to other features. 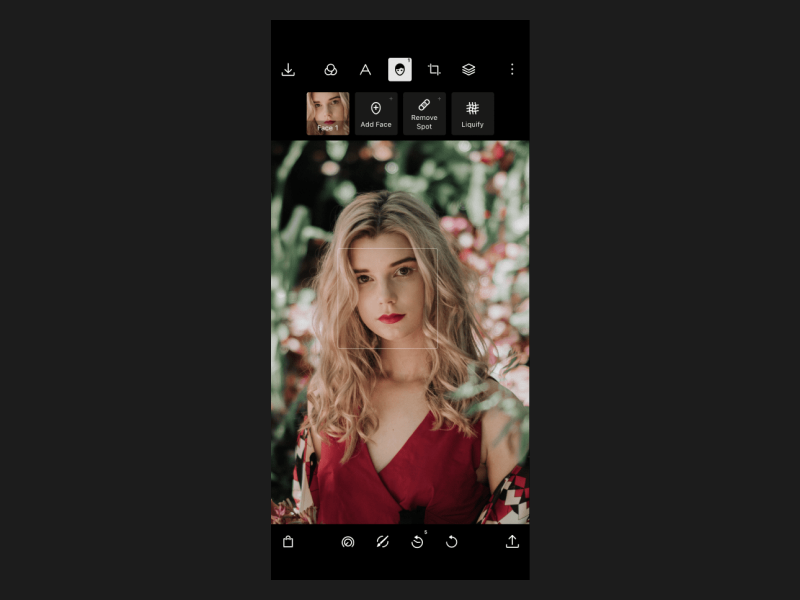 The hierarchy of elements is distributed, which hard to find the feature. 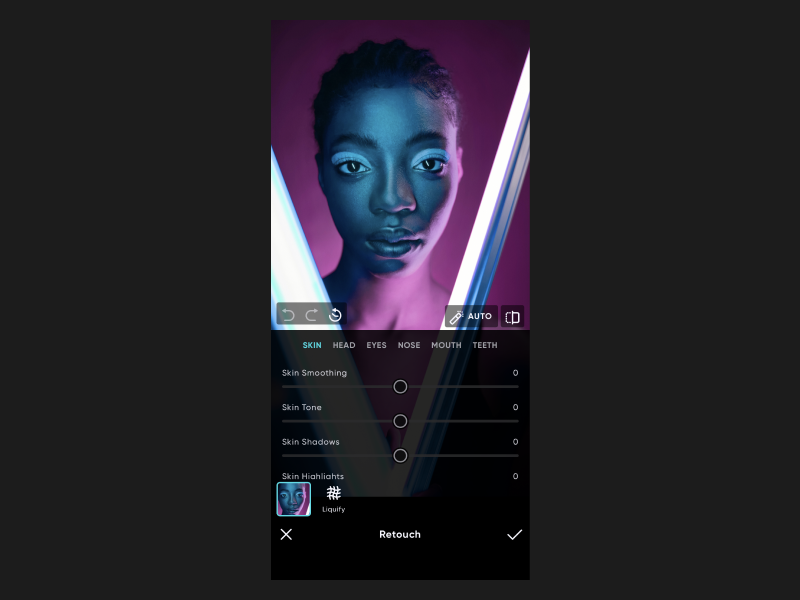 Use tabs to replace the original buttons and reduce page hierarchy. 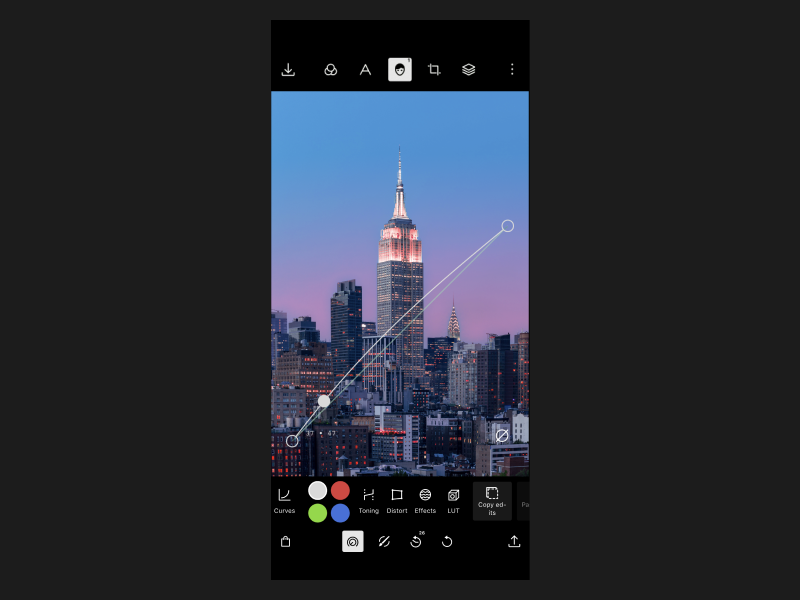 UI elements cover parts of the image, and the click area of the toolbar is tiny and unclear. 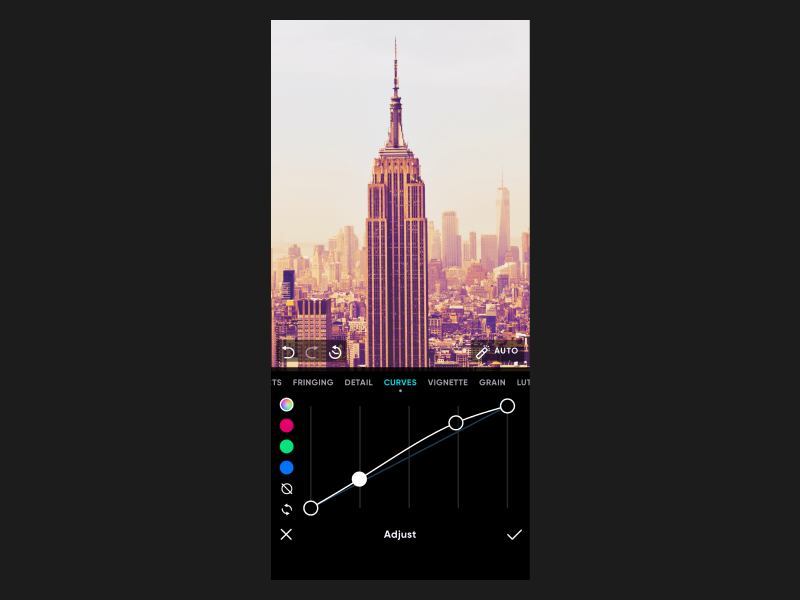 More consistent and have enough space to control. 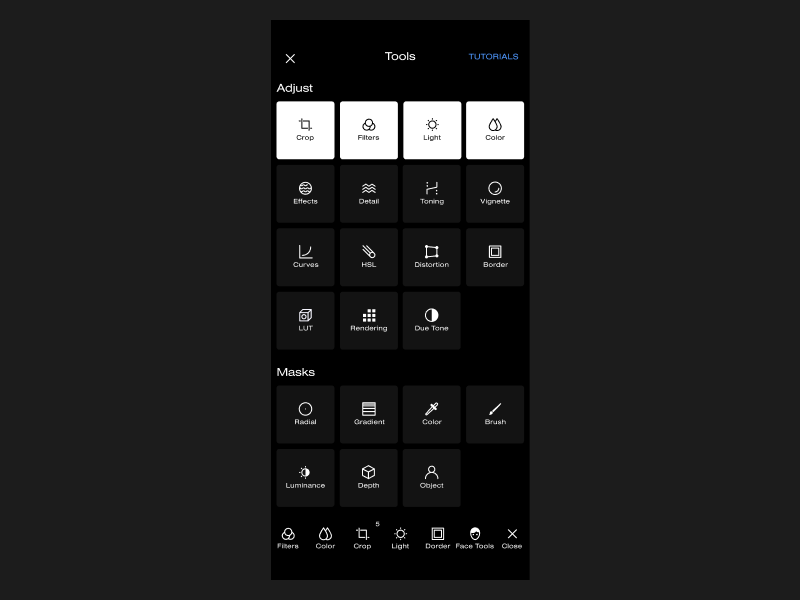 The problem here is that categories aren't suitable and take up too much space.; also, users' didn't aware of its scrollable. 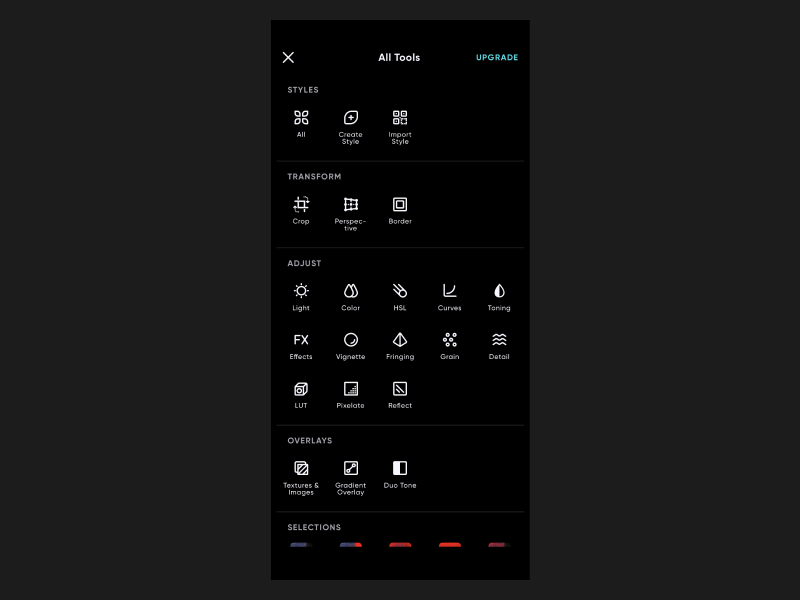 Re-order the icons by the user's needs and take space more efficiently, move powerful features out but not hidden on the tools page.

This project's scope is vast, including usability optimization and designing new features in the same release. It causes long development cycles, and we spend too much effort on it but didn't break it down and roll it out gradually.
Although we have enough confidence in user testing, slow and steady might be high risk in the startup environment.

We did a lot of user testing with people from different countries; some of the testings were spent a long time and money, but I found leverage micro usability testing might be more efficient to get feedback early and enough for us.
← Run The WorldH2U Health ATM→